The Soul of Incredible India series -


The Sun Temple at Konark

The Leaning Temple of Huma

This 12th or 13th century temple is located in the old town area of Bhubaneswar in Odisha. Said to be built by the Ganga rulers, it is structured like a 'rath' or chariot of Lord Jagannath. The presiding deity is Lord Shiva in the form of Bhaskareswara. Giving it distinction is the 9 foot high Shiv-linga accessed from the upper floor of the temple. 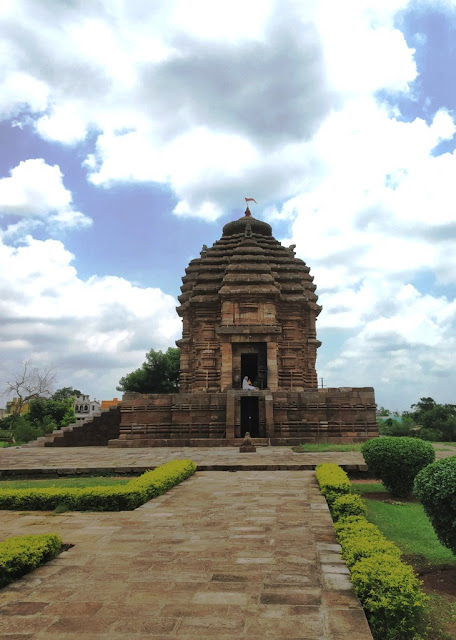 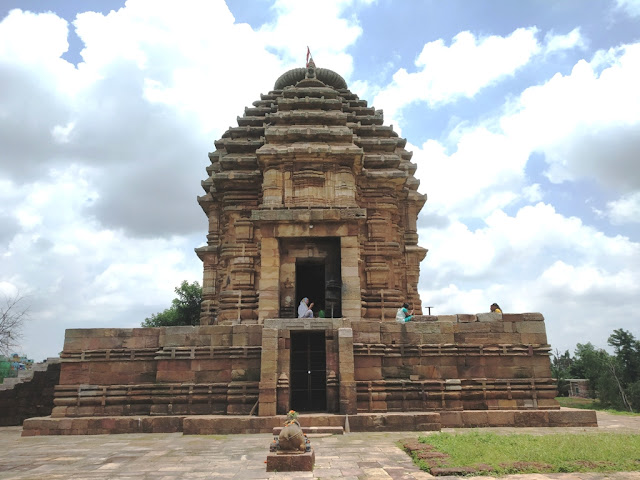 The Vimana is in the 'Peedha' (stepped pyramid) style and not very heavily embellished. Some deities do feature on the outer walls though. 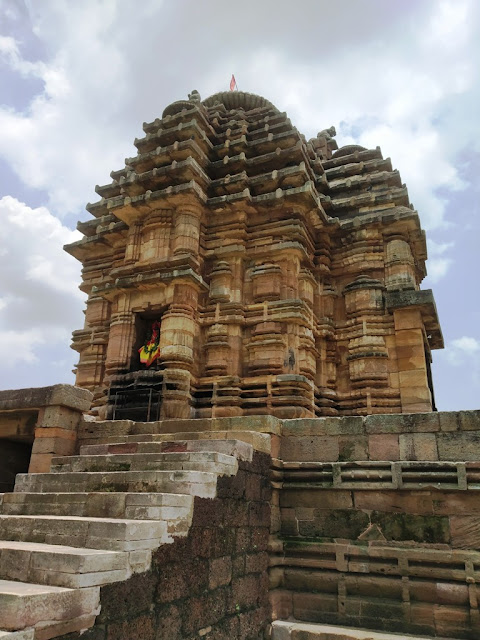 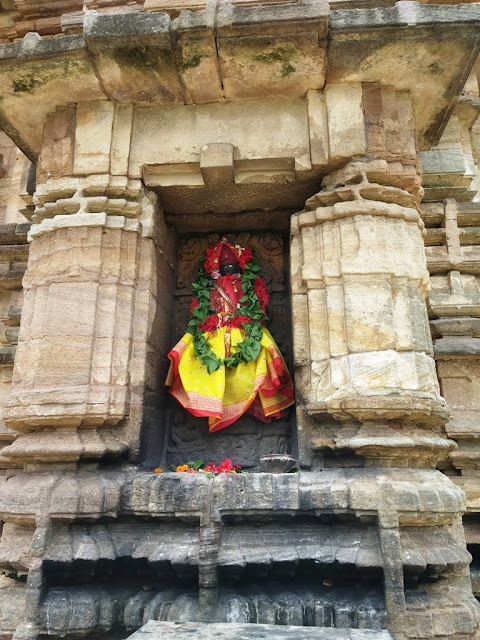 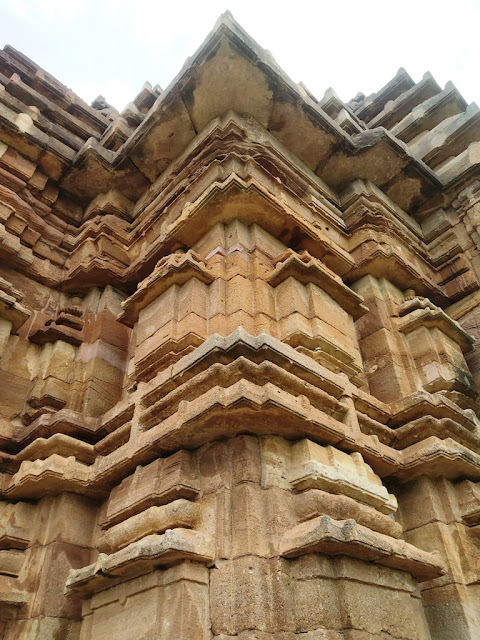 Being an ASI (Archaeological Survey of India) site, the manicured lawns around the temple are beautiful and lend a very serene atmosphere to the place. 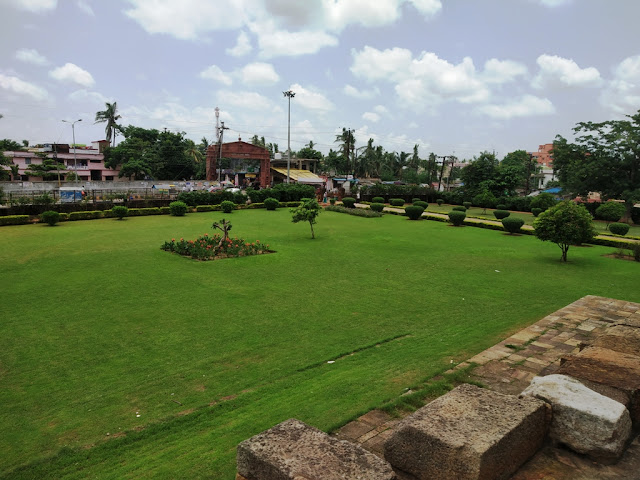 Posted by goabirder at 22:10 No comments:


Deep in the Thar Desert and very close to the border with Pakistan in the state of Rajasthan lies the tiny village of Kiradu. This is an otherwise nondescript place but for the discovery of the ruins of at least 5 exquisitely carved temples. The inscriptions found there are dated to the 12th century though some archaeologists date the building of the temples themselves to the 11th century. Consensus is that they were built by the vassals of the Chalukyas. An 1178 CE inscription describes the renovation of the temples after the 'Turushkas' damaged it. Turkic invaders from the Ghurid clans led by Mohammed of Ghor came rampaging through these regions but were defeated at the battle of Kasahrada in 1178 CE. Either then or later, these outstanding works of art were mercilessly destroyed .... it pains to behold the ruthless and wanton destruction as will be evident in the pictures that follow. 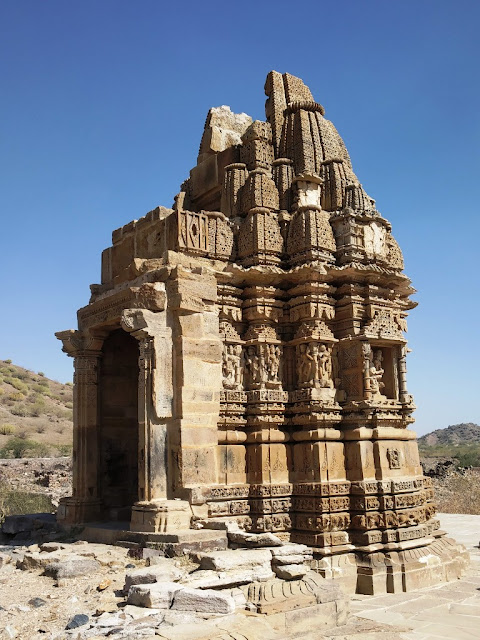 A closer look at the broken shikhara... 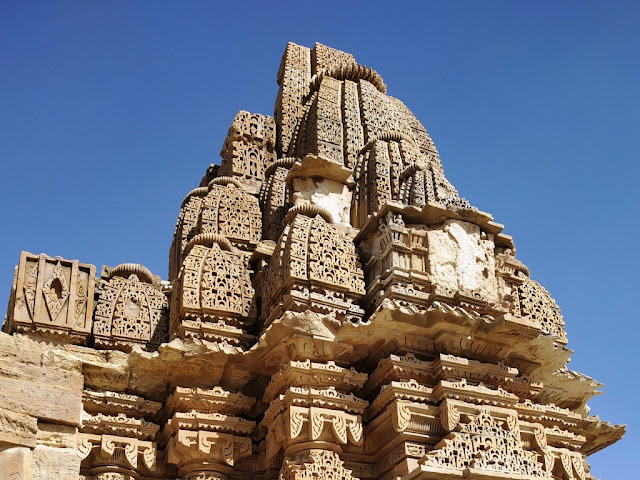 Kiradu also boasts of a ghost story. One among the many told in Rajasthan. It went like this... After the desecration of the temples by the Ghurid invaders, the King Someshwara invited a Sage to help protect his kingdom. While the sage was away, the local villagers did not take care of his unwell disciple except a potter's wife. On his return, the livid sage cursed the village and turned everyone to stone except the lady. She was told to go away from the village and not turn back. A weak moment saw her turning around to see her village for the last time and was turned into stone at the edge of the village, where she stands to this day! So powerful is the belief in this story that no one stays the night here even today for fear of being turned to stone!

The most famous and elaborately carved of these temples is the one dedicated to the Hindu God Someshwara. Tales from the puranas and the Hindu epics as well as court scenes and scenes of war are depicted here. The quality of workmanship as well as the plentiful erotica have led it to be called the Khajuraho of Rajasthan! Some examples... 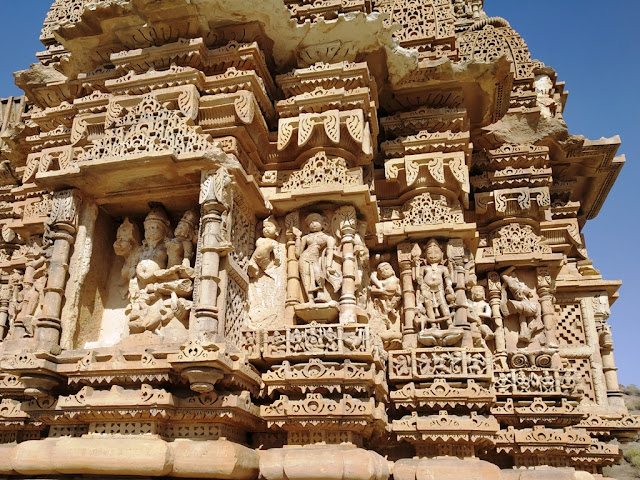 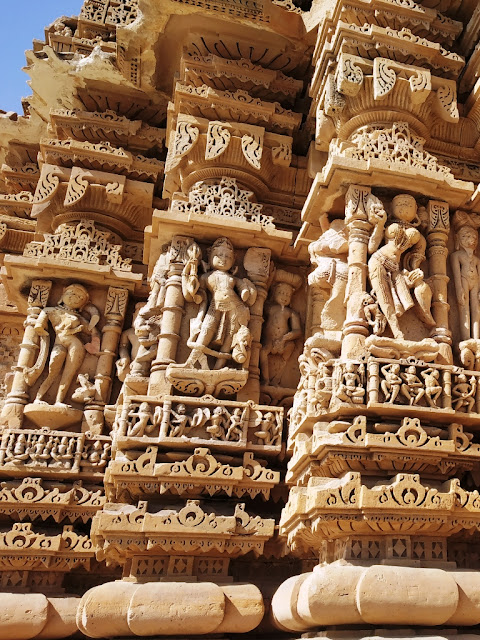 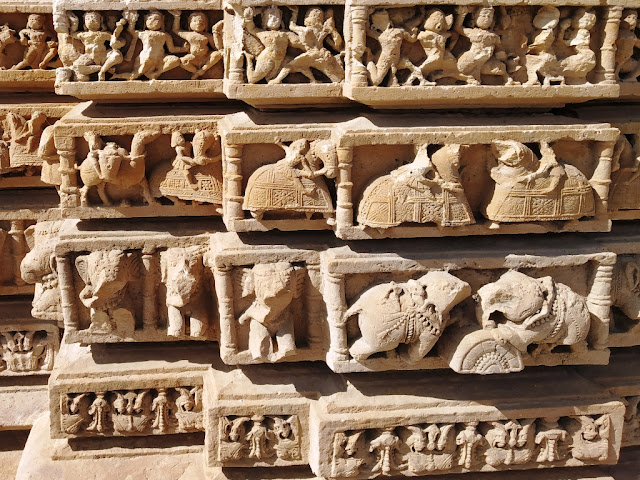 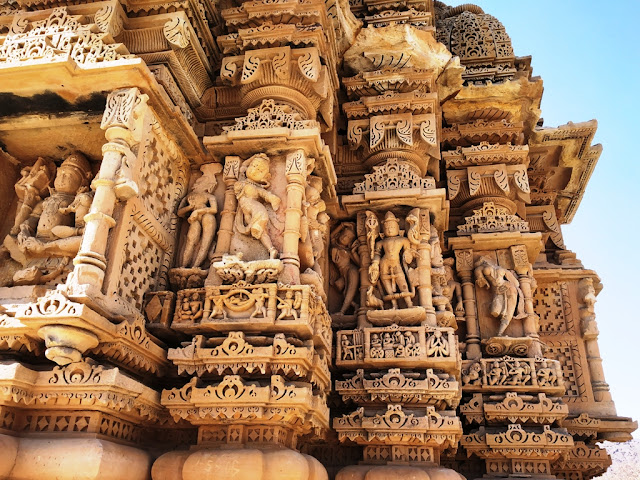 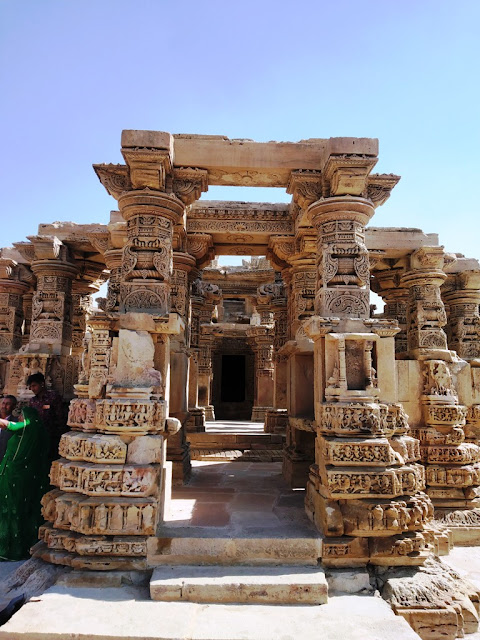 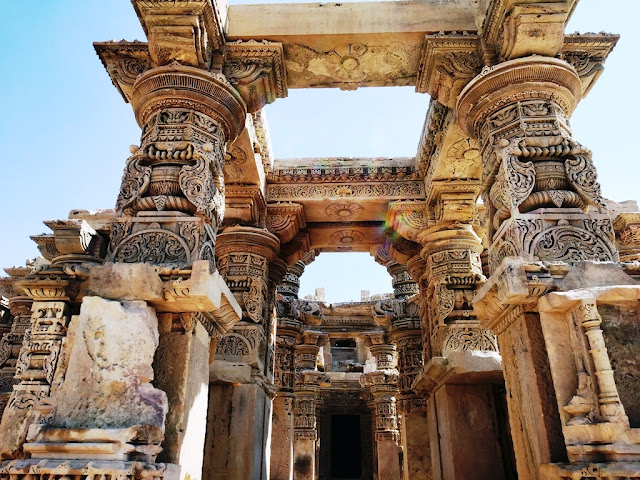 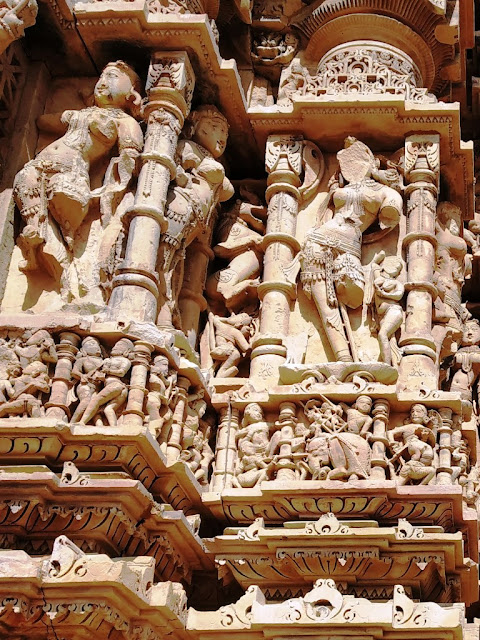 A closer look at the theatre of war scene running as a base to the larger sculptures above ... 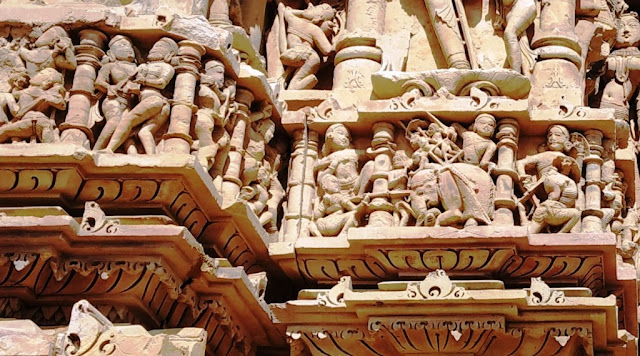 There is even a very cute panel probably showing the vanara (monkey) army from the epic Ramayana!

And another of the famed 'Samudra Manthan' (churning of the ocean) from the Puranas... 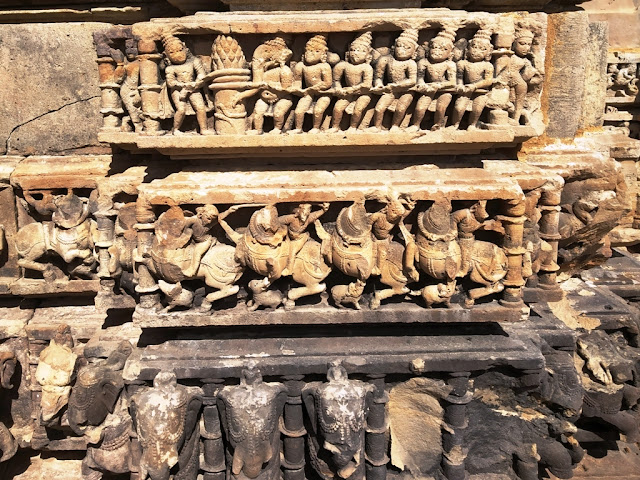 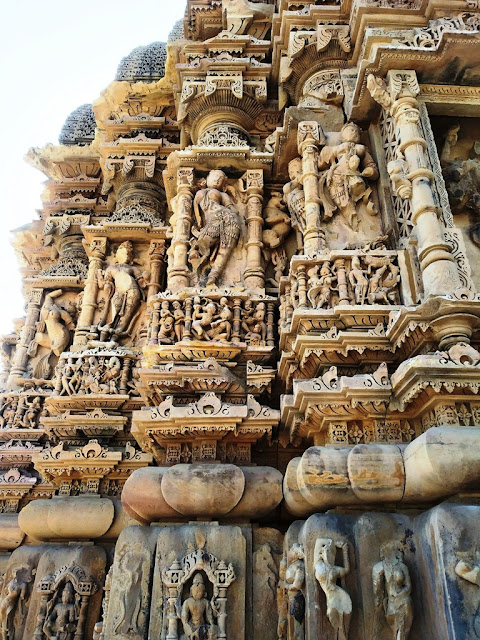 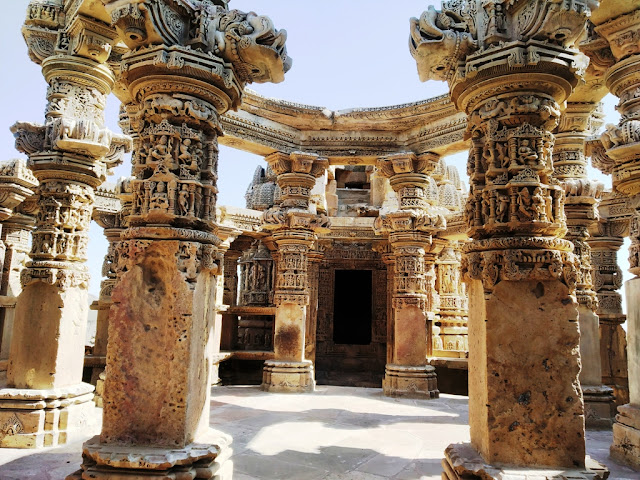 The entrance to the sanctum is brilliantly and finely carved! 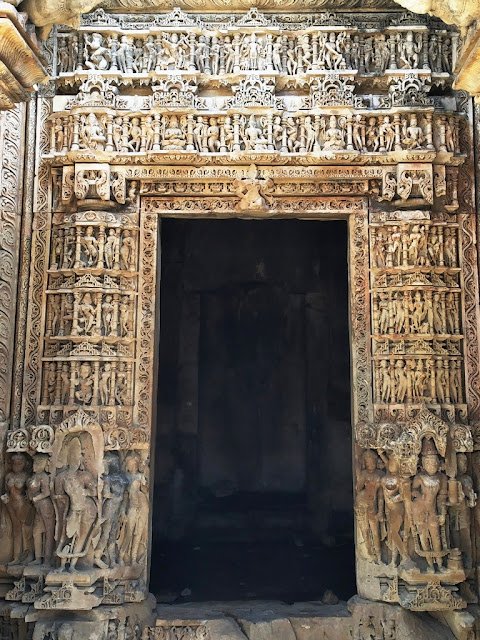 A sample inscription from the temple... there are more but they are all in varying states of decay. 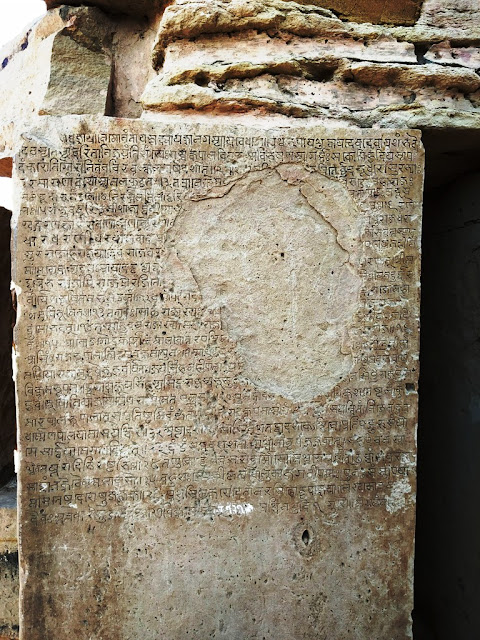 And last, but not the least, a perfectly proportioned small shrine... shunned for not being perfect, but still standing tall... bearing it's badge of courage and resilience over the ages.. Silent yet Proud! 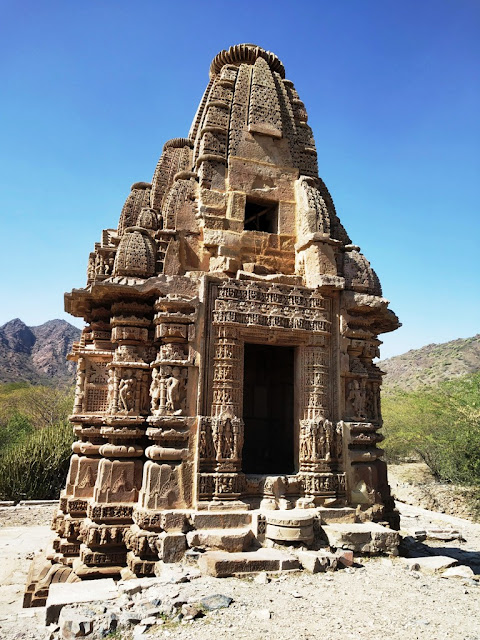